Archive for the ‘Keeping House’ Category

Don't you love a perfectly clean kitchen? Here's a quick glimpse into my kitchen on a busy Monday morning, after getting kids off to school and Mr. Helpful off to work. Breakfast is all cleaned up - not a crumb to be found.

Look at those clean shiny counters. No dishes in the sink. No piles...oh wait. This is what the other side looks like.

So take heart if you have a messy surface (or two or three!) You are not alone! Aside from the phone and maybe the tissues, nothing on that counter actually belongs there. Just being real. I need to find "homes" for things that just get dumped here. To be honest, the shiny island will likely be covered with school papers and lunch boxes in just a few short hours. So there you have it. Happy Monday!

About two weeks ago, I got fed up (again) at the mass of stuff my kids leave around the house. Toys, books, rocks, socks, and everything in between. I saw a brilliant idea (on Pinterest, of course) where another fed up mom created a clutter jail. You can check out her post here. I decided to start my own Stuff Jail. So I grabbed the nearest box (no time to make it pretty - this was serious!), printed out my JAIL sign, and explained the new plan to the kids. I gave them 20 minutes to go around the house and put things back where they belong - or else - it would end up in JAIL. They were responsible to "Post Bail" for an item in the slammer, which was a chore assigned by the Deputy on duty (me or Mr. Helpful).

They were all into it. They scrambled to gather up their precious things - but of course, they missed a bunch. So....

They vacuumed, dusted, washed dishes, folded blankets, washed windows, etc. And they earned every last thing back that same day. It was beautiful.

That night, I found almost everything they had posted bail for sitting on the steps to go upstairs. So, back to the slammer they went. I have to say, most of those things are still in jail - must not be that precious after all. Girlie posted bail for 11 socks of hers that landed in jail. (11, right? There's always one that's MIA.) Bud washed dishes to get a pencil, which baffles me, since we have a ton of pencils. The Bear washed windows for a Christmas ornament. (I know - it's March - this one stays out year round.)

Well, one of Buds' precious things went "missing" the other day. His IPod Shuffle. He was very upset. Really, it was sitting on the kitchen counter, but he glanced over it and missed it. So he threw a fit and blamed everyone else. Next thing I know, I find this on the refrigerator.

Wow. That's quite a threat. Well, I showed him where he didn't look hard enough, but he left the note up. That was yesterday. Guess what's in jail today. His IPod Shuffle and ear buds, which he left sitting out on my desk. And, I admit, I smiled a little when I put it in jail today.

Trying to teach responsibility is such a  challenge. I see housework in Bud's near future.

Posted on: February 28th, 2012 by ssteinruck No Comments

There seems to be a trend of people making their own laundry detergent. Or maybe people have done that for years and I'm still the fool who pays too much for detergent at the store. Either way, I'm going to give it a try. Most recipes I've seen out there are about the same, with a few variances, using ingredients including Borax, Washing Soda, and a bar of soap. Here are a few blogs that provide tips and recipes. 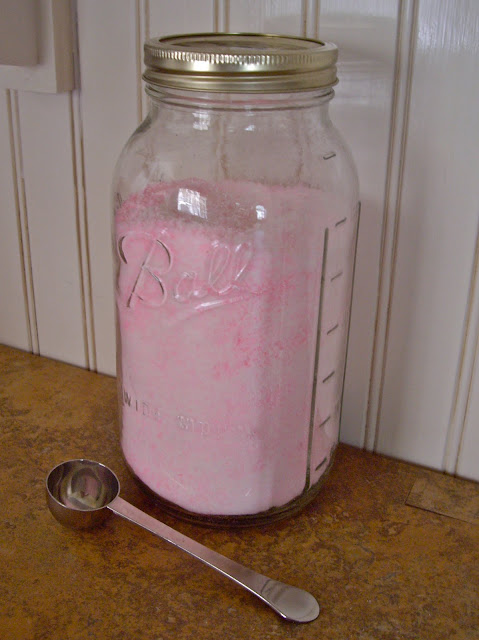 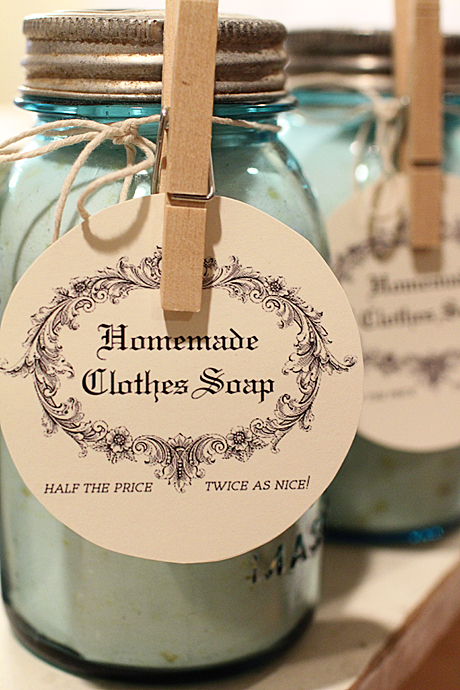 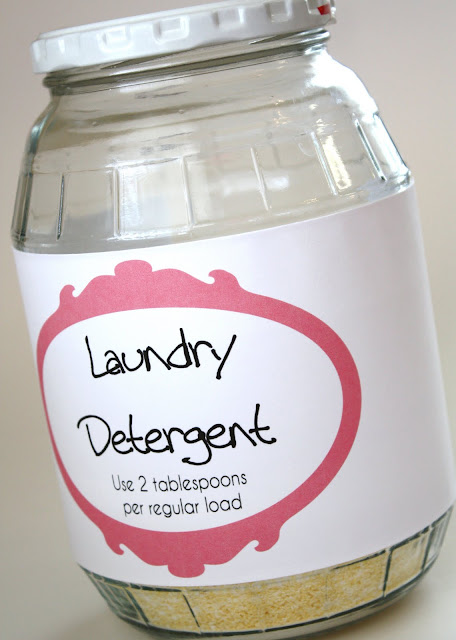 Ok, I'm excited about making my own and saving money. But I might be slightly more excited about finding something cute to store it in, making a label, and making it look pretty!

I'll let you know how it goes!

I am a stay-at-home mom with three great kids, a fabulous husband, a cat, and a dog. I enjoy making things (but not cooking), painting, rearranging furniture (that one is genetic), organizing, purging, and most things DIY. Thanks for stopping by! More »